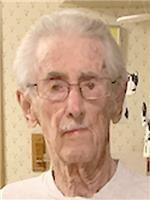 Boz was a machinest for Johns Manville in Waukegan, IL for 35 years, retiring in 1986.  He was a member of the Constantine Lion’s Club, St. Joe Valley Old Engine Assoc., VFW and American Legion. Boz enjoyed going camping and fishing.

Boz is survived by his son Larry (Kelly) Latislaw of Alpine, CA and grandchildren Casey (Ashley) Latislaw and Jake Latislaw and great grandchild Reese Latislaw.  He was preceded in death by his parents, wife Doris Latislaw, and brother William Latislaw.

According to his wishes, cremation has taken place.

Arrangements were entrusted to Eley Funeral Homes, Constantine. Online messages can be left for the family at www.eleyfuneralhomes.com.