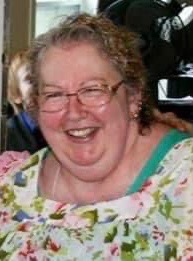 Sandra was born on March 9, 1949 in Coldwater, a daughter to the late Gene L. and Dorothy J. (Maddison) Johnson.

Sandra attended Colon High School and lived most of her adult life in the Three Rivers area. Sandra was a member of the Crossroads Bible Church in Sherwood. Sandra worked for many years at OI in Constantine.

On December 23, 1977 Sandra married George Williams in Three Rivers. George would precede her in death on February 29, 2012.

Besides her parents and husband, Sandra was preceded in death by her daughter Marcy Williams and grandson David Boodt Jr.

The Williams family will receive friends and relatives Thursday, November 19, 2020 from 11:00 AM to 1:00 PM at the Schipper Funeral Home in Colon. A funeral service celebrating the life of Sandra will follow starting at 1:00 PM with Pastor Trent Hammond officiating. Interment will follow at Matteson Cemetery. In lieu of flowers the family asks and memorials be made to the Crossroads Bible Church. Online condolences may be left for the family at schipperfuneralhome.com.