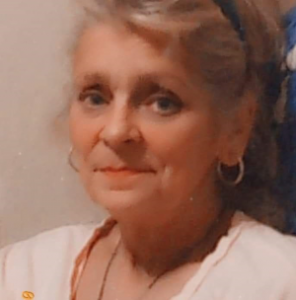 Linda Jane Bowerman, age 62, of Three Rivers, died Saturday, Dec. 19, 2020 at her home. She was born in Niles on Nov. 21, 1958 the daughter of Durell and Mary Jane (Huffman) Young, Jr.  She graduated from Cassopolis High School with the class of 1977, and later attended Glen Oaks Community College in Centreville. She has resided in Three Rivers for the past fifteen years where she provided cleaning services to Three Rivers Public Schools and 5th-3rd Bank. Linda made many friends, because she never met a stranger. She adored her grandchildren and caring for her dog, Milo.

In keeping with her wishes, cremation has been conducted. A memorial service will be planned in the Spring of 2021. It is suggested that memorial contributions be directed to the National Multiple Sclerosis Society, P.O. Box 91891, Washington, DC 20090-1891. (www.nationalmssociety.org) Assistance was provided by the Eickhoff Farrand Halverson Chapel of Three Rivers. Memories and condolences may be shared at www.efhchapel.com