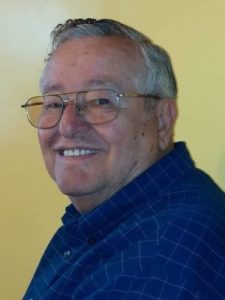 He served his country in the Army, then later worked for 35 years as the plant manager at Skamper Corp. in Bristol, Ind.

Ed enjoyed camping, fishing, traveling and motorcycling. However, more than anything Ed enjoyed family whether it was time spent making memories or a quick stop by the house to visit him. His face always lit up. Overall his kids, grandkids and great-grandkids were his greatest treasure.

Remaining to cherish his memory are his wife, Grace; two sons, Franklin and Rich; daughter, Angela; grandchildren and great-grandchildren.