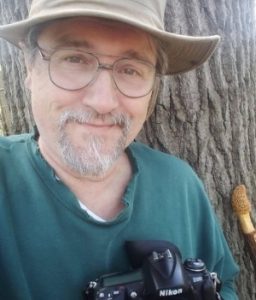 Michael L. Borkholder, age 58, of Centreville, passed away Saturday evening, December 25, 2021 at Rose Arbor Hospice in Kalamazoo.
He was born August 20, 1963 in South Bend, son of Levi and Esther (Troyer) Borkholder.
Mike’s returned to Sturgis in 2001. His early life was lived in Sturgis where he was a graduate of Sturgis High School with the class or 1981. He furthered his education at Eastern Mennonite University in Harrisonburg, Virginia where he earned a Bachelor Degree.
For the past 20 years he was teaching science in the Centreville Public Schools. He had also taught at Lancaster Mennonite High Schools in Lancaster, Pennsylvania for several years and Milton Hershey Schools in Elizabethtown, Pennsylvania and had been employed as a landscape designer by Rice’s Nursery in Canton, Ohio.
Mike enjoyed photography especially photographing nature, bird watching and mushroom hunting.
He is survived by one daughter: Katie Borkholder of Grand Rapids; one son: Carter Borkholder, currently a student at the University of Michigan in Ann Arbor; parents: Levi and Esther Borkholder of Sturgis; one sister: Dori (Kirk) St. Amant of Ruston. Louisiana; two brothers: Philip (his fiancée: Salina Kalnins) Borkholder of Vicksburg and James Borkholder of Brandermill, Virginia and two nieces: Lily and Isabelle St. Amant.
In accordance with family wishes cremation has taken place. A memorial celebration of life will be held at a later date to be announced.
The Hackman Family Funeral Homes of Sturgis is entrusted with the arrangements.
The family suggests those wishing to make a memorial donation in Michael’s memory consider the Taubman Health Care Center, 1500 E Medical Center Drive, Ann Arbor, MI 48109.
Relatives and friends are encouraged to share memories and condolences at www.hackmanfamilyfuneralhomes.com.