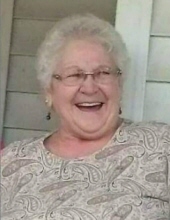 Living for many years in Otsego, she worked at the Allegan General Hospital in Allegan. In 1993, she moved from Otsego to LaGrange, and worked for Howe School in Howe, and at the Sturgis Wal-Mart. She was a member of the former Ontario Church in Howe. Lydia loved her dogs and Mickey Mouse.

Preceding her in death were her parents, Raymond and Louetta Kinney, and a sister, Dorothy Snyder

Funeral services will be held on Saturday, March 12, 2022, at 11:00 am at the funeral home. Rev. Josh Watts will officiate the services.