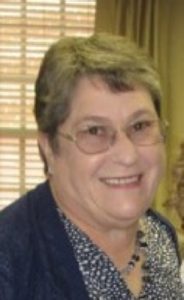 Karen Sue Ritzer, age 79, of Sturgis, passed away Sunday afternoon, May 22, 2022 at her home surrounded by her family.
She was born October 1, 1942 in LaGrange, daughter of the late Harold Samuel and Maxine Mae (Himes) Blasius.
Karen resided in Sturgis since 1961 coming from Howe, Indiana where she was a graduate of Lima High School with the class of 1960.
On May 28, 1961 she married Michael Grahame Ritzer in Howe.
Karen retired in 2005 from Key Bank in Sturgis following over 30 years of dedicated employment.
Karen was an active member of St. John’s Episcopal Church in Sturgis where she was a member of the Episcopal Church Women and served on the Altar Guild.
She was a longtime member of the Sweet Adeline’s and enjoyed, bowling, playing tennis, traveling and camping. She and Mike had traveled to all 50 states with the exception of Alaska. Karen loved time in the outdoors especially while gardening. All that knew her will forever remember her graciousness, kindness and giving heart.
She is survived by her loving and dedicated husband of 60 years: Michael; two daughters: Alise (Larry) Wingfield of Huntsville, Alabama and Janene Ritzer-Breneman of Kalamazoo; one son: Todd Ritzer of Traverse City; five grandchildren: Aaron Wingfield, Liana (Mark) Wysock, Lauren (Brett) Williamson, Jacob Ritzer and Anna Ritzer; three great grandchildren: Lucas, Lawrence and Jack.
She was preceded in death by her parents and sister: Toby Miller.
In accordance with her wishes cremation has taken place. A memorial Mass celebrating the life of Karen Sue Ritzer will be held at the St. John’s Episcopal Church in Sturgis at a later date to be announced.
The Hackman Family Funeral Homes of Sturgis is entrusted with the arrangements.
The family suggests those wishing to make a memorial donation in Mrs. Ritzer’s memory consider the St. John’s Episcopal Church, 110 S. Clay St., Sturgis, MI 49091 or Compassus Hospice 5220 Lovers Lane, Suite 140, Portage, MI 49002 or, American Cancer Society P.O. Box 22718, Oklahoma City, OK 73123.
We encourage relatives and friends to share memories and condolences at www.hackmanfamilyfuneralhomes.com