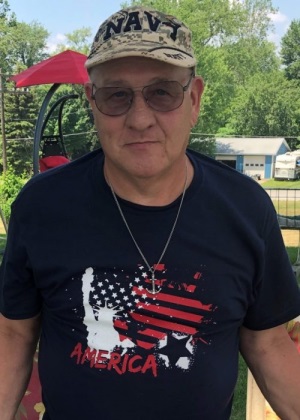 Daniel graduated from Colon High School with the class of 1971. After graduation Daniel served his county with the United States Navy. Following his separation from the navy, Daniel worked for Post Cereal in Battle Creek where he would retire from after 41 years.

Daniel was a devoted member of the Cross Roads Missionary Church in Mendon for 30 years. Daniel was known for his undeniable faith in Jesus Christ; his quirky sense of humor and his ability to make everyone laugh. Daniel spent his life devoted to his loving wife, children and grandchildren. He especially enjoyed supporting and attending their sporting events. In his spare time, he fulfilled his lifetime passion of drag racing by attending races, working on cars, and racing his Mustang.

Besides his parents Daniel was preceded in death by a Brother Johnny Gales and his Son Brian Gales.

Following in Daniels wishes cremation has taken place. There will be a visitation and memorial service held at the Schipper Funeral Home in Colon on Saturday, December 12, 2020 from 11 to 1 PM with a memorial service officiated by Rev. Roger Walterhouse beginning at 1 PM. In lieu of flowers the family asks memorial donations be made to the Colon Food Bank. Envelopes will be available at the funeral home. Online condolences may be left for the family at Schipperfuneralhome.com