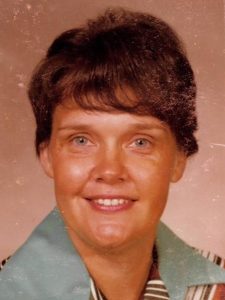 Linda Montgomery, age 79, of Three Rivers, passed on Sunday evening, February 20, 2022. She is survived by her husband Robert and son Justin, and was preceded in death by her brother David Howes.

Linda met her husband Robert at a Baptist church winter retreat in 1960. They went to college together at Northern Illinois University where she graduated with a degree in education.

She and Robert were married in 1965 and were happily married for 57 years. Linda taught primary grades for 20 years before retiring to raise their son Justin.

Linda grew up at Corey Lake in the summers and she and Robert became permanent lake residents in 1988. Linda loved lake life especially waterskiing and then float boat rides in her later years.

Her other love in life was dogs, especially beagles, her breed of choice. For most of her married life she had dogs as family companions. One of her proudest achievements was being one of the founding members of the very successful Animal Rescue Fund of St. Joseph County.

In accordance with family wishes, cremation will be conducted, and a memorial service will be held at a later date.

Donations may be made to ARF in remembrance of her lifelong love of animals; envelopes are available at Hohner Funeral Home in care of her arrangements.