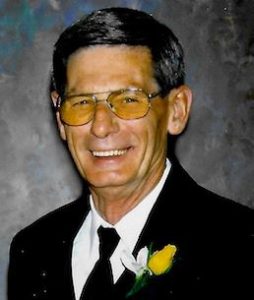 Richard Eugene Melville, age 78, of Constantine passed away surrounded by family on Saturday, May 28, 2022 after a long battle against illness. Richard was born December 13, 1943 in Three Rivers to Gerald & Pauline (Lampen) Melville. He was a 1961 graduate of Constantine High School. Richard joined the Air Force after graduation to “see the world.” He spent the next 4 years near Marquette at K.I. Sawyer Air Force Base where he met his future wife, Carol J. Peters. Richard and Carol married in October 1965 and after his discharge from service in November 1965, they settled in Constantine. Upon his return from the service, Richard began working at Construction Sales in White Pigeon. In 1980, Richard opened Constantine Carpet Center with his partners. He co-owned and ran the store until his retirement in 2008. Richard was an avid golfer and enjoyed his time as a member at Sauganash Country Club in Three Rivers & Klinger Lake Country Club in Sturgis where he made many friends. Richard also enjoyed traveling, taking care of his home/yard and spending time with family and his dog. Richard is survived by his wife Carol Melville, daughter Chris (Harvey) Dose, son Gregg (Laura) Melville, daughter Cathy Melville, grandchildren Evan and Alec Dose, Megan & Nicholas Melville and sister Carole Seymour. He was preceded in death by his parents and brother-in-law Harold Seymour. Cremation has taken place and a private service may be scheduled for a later date. In lieu of flowers, memorial contributions can be directed to Bronson Cancer Center or Homeward Bound Animal Welfare Group at homewardboundawg.com. Please sign Richard’s guestbook and leave a message for his family at www.eleyfuneralhomes.com.